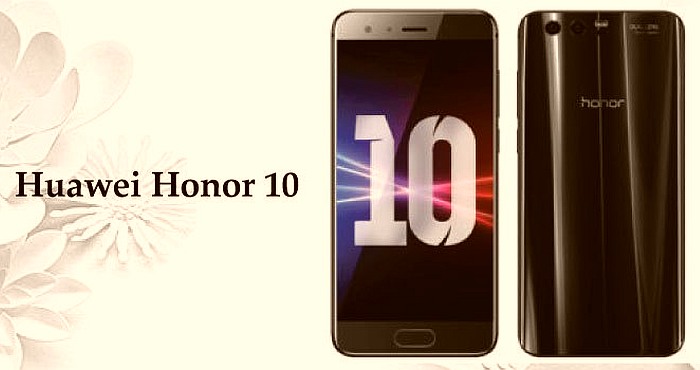 In 2018, Huawei decided to extra elaborate its smartphone of last year, Huawei Honor 8, and presented the masses with the enhanced smartphone the Huawei Honor 10, that’s considered as a tough challenger to other alternatives in the same price category. And despite the fact that the Huawei Honor 10 is a mid-range smartphone, the notorious company exerted its best efforts in order to equip the new Honor 10 with a bundle of enhanced features and positives. The Honor 10, for instance, flaunts a 5.8 inch screen that’s full HD and an LCD one as well; the aspect ratio of the Honor 10 is 19:9 – 1080 x 2280 – which delivers more than clear visual footage. Also, the Honor 10 by Huawei is supported by a 2.3 gigahertz Kirin 970 processor; and the smartphone sports unique Al features and is available in a 4 gigabyte RAM and a 128 gigabyte storage space. Unfortunately, the Honor 10 has no MicroSD card, yet it supports dual SIM cards.

The Huawei Honor 10, however, sports a notch that’s notably smaller than the one in the iPhone X smartphone. Also, the notch of the Huawei Honor 10 smartphone is slightly enhanced than other notched alternatives. For instance, the outer edges of the notch turn into a stark black color in order to not obstruct the display of the device, especially when Landscape or Portrait modes are on. Yet, if the customer is in the Setting mode, the notch will be an obstruction in the Portrait mode only. However, the customer can turn off the notch via the settings of the Honor 10.

Interestingly, the face recognition technology on the Huawei Honor 10 is superbly enhanced and is thus super fast as the Honor 10 unlocks in less than one second; the faster than before face recognition feature of the Huawei Honor 10 provides a tough competition for other high-end smartphones that are way slower regarding the same feature. Plus, the Honor 10 sports both motion and knuckle gesture controls. As for cameras, the Huawei device has got a dual camera system – 16 megapixel with color sensor camera, and another one that’s 24 megapixel with monochrome sensor. In addition, the Al Mode in the camera app of the Honor 10 is reported to be able to recognize up to 500 scenarios in 22 categories; this feature is simplified as the ability to recognize various objects and items in the sole image. However, this Honor 10 recognition feature may appeal to some customers, but definitely not all of them.