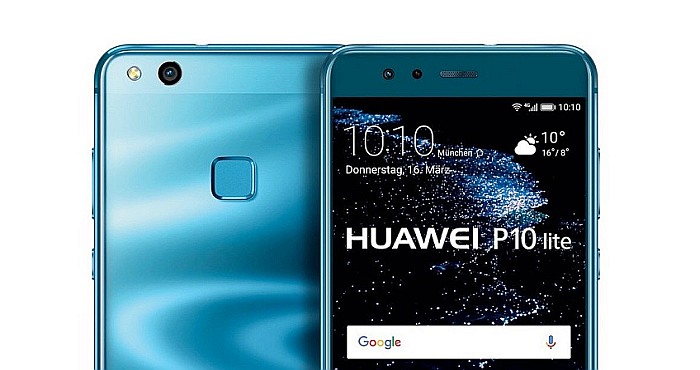 Huawei Mate 10 and Mate 10 Pro got successful in the world markets. Now, Chinese telecommunications giant Huawei has quietly expanded its mid-range smartphone lineup by releasing the Huawei Mate 10 Lite. The new Mate 10 phone is the European alternative of the previously launched Honor 9i (India), Huawei Maimang 6 (China), and Huawei Nova 2i (Malaysia).

All three included four camera sensors and are made by Huawei’s in-house HiSilicon Kirin 659 chipset. It has a price of EUR 399 (approximately around Rs. 30,500). Mate 10 Lite well be sold in Germany from November, 2017. This set is available in many color options that include Prestige Gold, Graphite Black, and Aurora Blue.

A German site MobiFlip has reported that the Mate 10 Lite is specially designed for the European region. This phone has a feature of a 5.9-inch display along with full-HD+ (1080×2160 pixels) resolution. The display has minimal bezels on the left and right sides of the set. Although, its top shows two camera sensors that is a 13-megapixel standard RGB sensor and a 2-megapixel monochrome. This set has a HiSilicon Kirin 659 system-on-chip (SoC) that contains eight ARM Cortex-A53 cores.

The Kirin chip consists of 4GB of RAM as well as 64GB onboard storage. It can be expanded with a microSD card through the available hybrid SIM card slot. The processor of the smartphone has no artificial intelligence (AI) features. This feature is already on Mate 10 and Mate 10 Pro to rival top-notch offerings, for example, the Apple iPhone X.

Huawei has given Android 7.0 Nougat on the Mate 10 Lite. There is no word regarding an update to Android 8.0 Oreo. Yet, it is likely to be unveiled sometime in the coming few months.

Just like the front, the back of the Mate 10 Lite also comes with a dual-camera setup. There is a 16-megapixel standard sensor. It also has a 2-megapixel monochrome sensor. An LED flash is available on the smartphone to capture low-light shots. There is a circular fingerprint sensor on the back of the mobile phone.

There are some expansions in the set like the four-camera setup and the bezel-less display. But, the Mate 10 Lite downgrades the experience with a Micro-USB port that would support high-speed data transfer.

In the end, the Huawei Mate 10 Lite has a 3340mAh battery that can last for a day on a single charge.